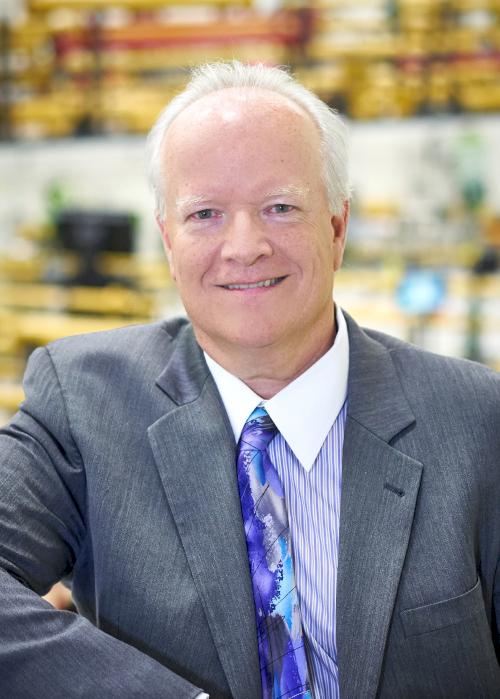 Access to an adequate, well-trained workforce, along with the increase in health care costs, has the biggest effect on Iowa businesses, according to the results from the Iowa Association of Business and Industry’s 2016 CEO Survey. Thirty-one percent of survey-takers listed concerns about the workforce as the No. 1 or 2 issue affecting their business. More than 80 percent are worried about their company’s ability to meet workforce needs during the next five to 10 years. However, it’s an issue that most companies (77 percent of those who completed the survey) are proactive in addressing. Health care cost closely followed workforce concerns: 17 percent of survey-takers listed it among the top two issues. It’s also an issue that businesses are proactive in mitigating, with 65 percent taking some action.

Companies use creative ways to recruit, train employees
More than 60 percent of respondents said they are concerned about their company’s ability to meet workforce needs in the next five years, and 64 percent said they were concerned about the next 10 years. Employers responded that they are using a variety of ways to develop a workforce strategy and get the employees they need. This includes internships, flexible schedules and financial assistance for education and training. Paul Gregoire, vice president of global human resources for Emerson/Fisher in Marshalltown and ABI chairman, said the biggest issue for his company is finding prospective employees for “middle skills” jobs, jobs that require more training than a high school diploma but not a two- or four-year degree. “The demand for those kind of workers certainly is going to remain robust,” he said. “There’s a huge demand and not a lot of people available to fill, let alone to have the skills. The fact that we don’t even have enough candidates is disturbing.” Emerson/Fisher employs 1,250 in Iowa. Gregoire said the company has partnered with Marshalltown Community College to create a machine operator training program, where perspective employees are paid $11 an hour to attend a seven-week training program. After completion and pending a successful test score, the person receives a job. “It’s been a successful program for us,” he said. “It just points to the fact that we have a real need for middle skills in the general workforce.” Accumold in Ankeny also has a shortage of workers in the middle skills area, said Roger Hargens, the company’s president and chief executive officer. The company currently employs 300 people and will add 100 positions this year and another 60 to 100 next year. Half of those are middle skills positions.

“Making sure we get the right additional people is really important to us,” Hargens said. “That’s key to our success. Unemployment in Iowa is low. We’re really fighting for good employees.” Hargens said Accumold works with area community colleges to find employees and is active in promoting itself and building its brand. They have the greatest success in hiring quality employees through current employee referrals. The company also has automated some of its systems and processes to reduce the number of employees needed or to compensate when there is a shortage of employees. Jeana Goosmann, the chief executive officer of Goosmann Law Firm in Sioux City, said she sees “brain drain” as an issue that affects the pool from which she draws employees. Most of the 15 attorneys at the firm have Iowa roots and were educated in the state but left shortly after graduation to work in larger cities or on the coasts. They’ve only returned to the state to start families and be closer to grandparents, but this isn’t the case for all young Iowans.

“We’ve seen a lot of great talent leave our state,” Goosmann said. To combat this issue, Goosmann said it’s important that Iowa communities market themselves because they’re competing with other cities nationally. Her firm works with the local community college to operate a paralegal program, offer scholarships and allow interns to shadow at the office. The firm also has established a millennial-friendly work environment, she said, where family is put ahead of work, flexible schedules are offered, and the newest technology is available for employees to perform work. Bruce Tamisiea, president of Tecton Industries Inc. in Spencer, said attracting employees has never been an issue for his company, and Tecton has little to no turnover. In 35 years, he’s never advertised for help wanted. He credited several factors for this. Tecton trains its own employees through an apprenticeship program. The company also has a nontraditional work environment: There are no scheduled breaks or lunch hours, no seniority or pay scales, and no time clocks. Each shift has a start time, and employees manage themselves. “We hire very capable people, but they’ve never been trained,” Tamisiea said.

Health care costs continue to skyrocket, placing more burden on companies
Tamisiea ranked health care costs as a top issue for the company. Tecton pays for 80 percent of its employees’ and dependents’ health care. While other companies have cut health care benefits to employees’ dependents, Tecton continued to offer the same coverage. This has drawn more dependents to use Tecton’s insurance, he said. “We’re not adding any more people to make us more profit, but we’re getting more and more dependents come onto our plans,” Tamisiea said. “We won’t cut back (on insurance offerings) because I don’t see how many can afford health care costs on their own.” Instead, Tecton has cut costs in other areas with automation. The company also provides onsite nursing services for employees free of charge, and offers annual wellness screenings for employees and their spouses. Last year, employees and their families received individual counseling, so they could better understand their insurance policies and the options available to them. Hargens listed health care costs as the No. 2 issue affecting his company. Accumold officials have negotiated with health care providers and insurance companies to try to keep rates low. They’ve raised deductibles in some areas and provide wellness screenings for employees.

Executives handle myriad other workplace concerns
Tamisiea is more focused on succession planning within Tecton and watching the mergers and acquisitions, which are changing his client base. He founded the small, privately owned company, which now employs about 40 people. He has tried to limit waves of retirement and to break up age groups, so there doesn’t come a time when too many people in too many key positions retire at the same time. Younger employees have been given more responsibilities and encouraged to take leadership roles. He’s delegated some of his duties to other staff members. Goosmann said most businesses do not have a succession plan and very few have a written one. Her firm assists companies in doing such through an eight-step process it has created. Most companies in the western area of the state have some sort of family component, she said, and businesses have a high rate of failure when they rely upon family to pass the business on to the next generation. “Those businesses fail because they can’t make the transition,” she said. “There’s arguments among family members, or they get sold to another competitor or fall apart.” Eric Lohmeier, president of NCP Inc. in Des Moines, is focused on a strong Midwest economy. NCP Inc. is a finance company that provides assistance with mergers and acquisitions. Ninety percent of NCP Inc.’s clients are located in the Midwest, so they pay close attention to the agriculture climate, as well as manufacturing. In the past 24 months, almost $500 million in transactions have been conducted based in and around agriculture. “This is why the performance in the Midwest economy is vital to us,” he explained. Gregoire said taxes remain an issue for many Iowa businesses. He is pushing for lawmakers to make changes to tax laws, so companies pay less and can create more jobs.

Election outcome is likely to play role in issues
Survey-takers were asked whether the outcome of the presidential election would affect their business, and then to rate a list of priorities from immigration reform to employment regulations to tax reform based on how significant they viewed each item as being in the upcoming federal election.

“Uncertainty is first and foremost: Whatever side of the equation one lives on, whether it’s an R or a D, there’s a huge desire among the populace for significant changes, whether that’s tax policy or trade policy or entitlements,” Lohmeier said

about why he thinks the upcoming elections will affect his business. “There’s nothing worse for business than emotional types of changes.”

He said both of the main party top candidates have positions on trade that are potentially dangerous for business. Ninety percent of his company’s clients have international trade exports, and if trade is restricted in a global economy, it could be devastating for businesses, he said. More than 78 percent of respondents said health care would be a significant priority in the upcoming federal election.

Employers ranked the debt and deficit (81 percent); employment and workforce regulations (81 percent) and tax reform (80 percent) as more significant in regard to the election. When it comes to the outcome of state elections, the workforce was ranked as the most significant priority with 82 percent of respondents selecting it, followed by corporate and individual income tax, employer mandates and overall tax policy (all 81 percent).

Gregoire said part of the concern with the presidential election is potential effects on taxes and regulations, as well as the future of the Affordable Care Act. A pro-business conservative leader could create a better business client, he said. However, if jobs are returned to the United States, it could create even more issues with trying to meet the workforce demand for middle skills positions.